The very real problem of parakeets 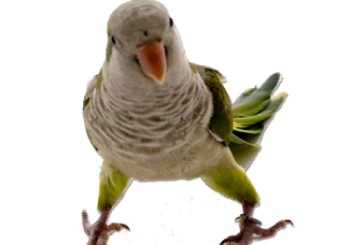 One of things I’m proudest of about Cleankill is that it doesn’t just employ friendly and professional staff, it also employs some of the country’s true experts in the field of pest control. Elsewhere on this website, we have already informed you about how our Technical Manager, Chris Davis, is now one of the most qualified pest controllers in the UK – his experience and dedication has been recognised at both local and national business awards, and he has even received a letter from the House of Commons congratulating him on his achievements.

Working with Chris is an object lesson in how there is always something new to learn and how this will always benefit you and your work. He works hard to find effective pest control solutions for even the most pernicious pests, but always tries to use environmentally friendly solutions if possible. In the last few weeks you may have even caught him on ITV News talking about a large colony of invasive garden ants that has been discovered in Eastbourne. To view the clip, click here.

But Chris’ main extra-familial interest is birds. He is currently the Secretary for the Sussex Ornithological Society, having previously been a conservation officer. In this capacity he recently attended the opening of the RSPB’s new hide and education centre at Pagham Harbour near Chichester.

His well-known interest in all things avian meant he recently turned up in The Telegraph talking about the growing problem of parakeets in the UK. To read the article, click here. It follows another article Chris wrote for the British Pest Control Association about the Ring-Necked Parakeet.

Now, I remember many years ago being told that the person to blame for the problem was Jimi Hendrix. The story goes that he released two birds in Carnaby Street in the Sixties and these are the origins of our current problem. There’s also the tale of parakeets escaping from the set of The African Queen at Shepperton Studies but, unfortunately, in both cases the stories are apocryphal. In fact, these bright green birds had previously been spotted in Norfolk in 1855, Dulwich 1893 and in Brixton in 1894, and the real explosion in their population came in the 1990’s, a few decades after Jimi’s publicity stunt. The British Ornithological Trust estimated in 2012 that there were 8,600 breeding pairs in the UK, so it is anyone’s guess how many there are today!

What is certain is these birds are now firmly established in the South-east, especially in Kent and South London. Despite where they come from originally, Asian and Africa, the ring-necked parakeet has proven to be highly adaptable to our cooler and wetter climate, and they are now one of the most northerly breeding parrot species in the world.

According to Chris, the reasons for their success are basically:

This has led to an estimated annual increase in the London population of 30%. This growth is not, however, matched by expansionist tendencies. They seem to expand their territory only about 0.4km every year but that does mean areas we work in, such as Gatwick and Crawley, are now directly in the firing line. We already receive about four calls a month asking for help with parakeets and there is a good chance that this number will increase as the population grows.

One of the main causes for concern is the nesting of a parakeet in a property. The strength of their beaks means they can exploit even the smallest access point into a property, by enlarging it with their beaks. Once inside they can do serious damage to roof beams and electric cables, thereby endangering the property. In fact, as Chris says in The Telegraph article, “you look at the damage they can do and it takes your breath away!”

If you find you have a parakeet problem, we advise you to immediately call in a professional to deal with it in a safe, legal and effective manner. While it is permissible to cull ring-necked parakeets under the General Licence WML-GL04, we’ve found that the more effective method in most cases is to bird-proof the house outside of the breeding period, between January and June. We use sturdy and tightly fitted proofing as, if a parakeet can get its beak under the vent cover, it can remove it. They may look beautiful and exotic, in comparison to our grey pigeons, but you must remember these are wild birds that are adapted to surviving in some fairly harsh environments. By comparison, our warm homes are luxurious and represent very little challenge to a determined parakeet.

To learn more about parakeets, read our pest page.