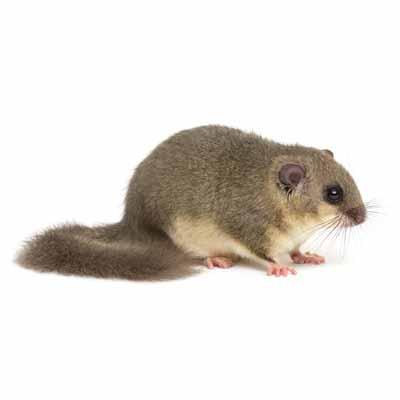 Also known as the Edible Dormouse or Fat Dormouse, Glis glis are the largest species of dormouse. Not native to the UK, they were introduced by Lionel Walter Rothschild, 2nd Baron Rothschild, at his estate near Tring in 1902. From the six original escapees, it is now estimated around 30,000 inhabit an area that covers Buckinghamshire, Hertfordshire, Berkshire and now Essex. To see a map of the rough area Glis glis inhabit, click here.

How to identify an Edible Dormouse

Measuring between 14 and 19cm in head-body length, with a tail of 11 to 13 cm, on average they weigh around 120-150g. This weight can double immediately prior to hibernation. They have small ears, short legs and large feet, and they have grey to greyish-brown fur, with the inner surface of their legs being white to pale buff. They are roughly twice the size of a normal dormouse.

They mainly live on fruit, and so tend to live in more rural or semi-rural areas with orchards and woodland.

Do I have a Glis glis problem?

The most common indication that you have a problem with Glis glis is noise. They hibernate for around seven months of the year but when they are awake they are very active (between June and November). You may hear noise in your loft space and ceiling cavities, and you may see or hear them in airing cupboards, cupboards and kitchens. They are adventurous when they are looking for food – they are not called Fat Dormice for nothing!

Other indications that you have a Glis glis problem are gnawed wires, a particular danger as this can cause fires, fruit disappearing from trees, scratches on tree bark, and scratching noises in inaccessible places.

If you hear or see any of these signs, you should call for a licensed Glis glis pest control technician to help you deal with the problem quickly. On average, Glis glis live for around 12 years, with the female giving birth to between 4 and 11 young every breeding season.

If you have a problem, you probably will know about it.

How to get rid of an Edible dormouse infestation

Although Glis glis are a pest, under the Wildlife and Countryside Act 1981 they can only be controlled under license. This means only licensed pest controllers should be used to deal with them.

Cleankill has specially licensed pest control technicians who are trained to deal with Glis glis quickly and legally.

Contact us today if you think you have a problem with Glis glis.