Stop the sale of DIY rat and mouse poisons 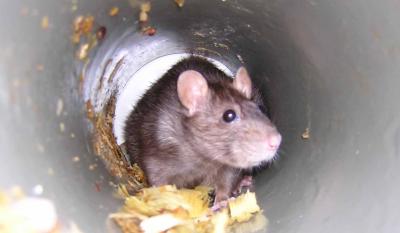 The manager of a leading pest control company is calling for a ban on the sale of DIY rat and mouse poison to the general public in a bid to halt the spread of ‘super rats.’

Rats that are resistant to poison have been found in East Sussex, Hampshire, Kent and even the Houses of Parliament and are becoming an increasing problem.

Paul Bates, Managing Director of Cleankill Pest Control, says that the main cause is the incorrect use of bait by householders and people like farmers.

“Pest control is a real science – gone are the days of a man in a flat cap and a whippet using inhumane traps. Professional pest controllers are highly trained not only in pest biology and behaviour, but also in the use of pesticides and the chemicals.

“The problems with resistant rats are being caused by people buying bait from their local DIY store and not following the instructions. Usually they don’t put enough poison down to kill the rodents so they just ingest it and the rats gradually build up resistance. Farmers are also to blame for using bait indiscriminately on their land which is not helping the problem,” Paul explained.

Paul went on to say that once people realise that the bait they are putting down isn’t working, they then call in professional pest control experts who have to resort to using traps.

“Restricting the use of rodenticides to pest controllers who are licensed to use it is the only way we can see the problem being halted. If radical steps aren’t taken now, the problem is going to exacerbate and will get out of hand. We are also worried about wildlife, especially birds, being affected by the misuse of poisons.”

Where rats thrive they can spread disease, ruin food resources, gnaw electrical cables and even cause structural damage, not to mention the risk to reputation for businesses.

Parts of the country have the large populations of rats with a genetic resistance to the most commonly used rodenticides - warfarin, bromadiolone and difenacoum. These anticoagulants have been widely used since the 1950s, but some rats were unaffected by these poisons and, because they survived, their descendants have the same resistance. Over the past two decades the problem of resistance in rats has increased.

While there might have originally been a small number of resistant rats in certain urban and rural areas, they now make up a significant proportion of the population. The highest prevalence has so far been found in areas of the South and the West Country.

Rats are prolific breeders if left unchecked. A pair of brown rats can produce as many as 2,000 descendants in a year.  A rat matures sexually at age three to four months and an average rat's life span is two to three years.

Cleankill has been solving pest problems for commercial and domestic customers since 2005..Using the most up-to-date pest-control techniques and technology, the company keeps its customers pest free and makes sure it is at the forefront of the industry when it comes to the use of pesticides and non-toxic pest control methodology.

As an Investor in People, all Cleankill’s staff are highly trained and offer an exceptionally fast and efficient level of service. The company is a proud member of the British Pest Control Association, as well as being approved to ISO9001 and ISO14001. Cleankill is also fully accredited to the Altius Vendor Assessment, Safecontractor, Exor, Constructionline and Achilles Health and Safety accreditation schemes and aims to be recognised as a market leader for innovation and new pest control techniques.  You can follow Cleankill on Twitter or Facebook