Helping to preserve a Sussex treasure 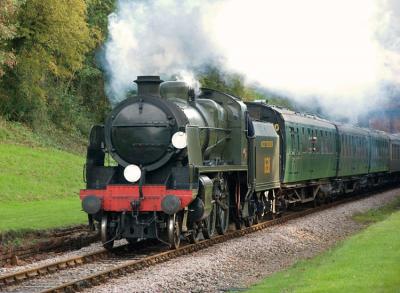 When it comes to conserving heritage, Cleankill has the knowledge, expertise and equipment to treat historic artefacts carefully, sensitively and effectively. So we were delighted to help the Bluebell Railway team when they called us to solve a serious infestation of Common Clothes Moth (Tineola bisselliella).

Cleaning staff working for the Bluebell Railway had been trying to tackle the problem themselves with aerosol sprays – managing to kill some of the adult moths but not the larvae which do the damage. The Bluebell Railway managers had spoken to several other companies before contacting Cleankill Pest Control – with some quoting extortionate sums – and we were the first to come up with a plan that would limit disruption to the operation of this popular tourist attraction. Cleankill experts were also able to reassure the Bluebell team about the safety of the materials and chemicals we use and that they would not cause any damage.

Clothes moths love natural fabrics and the mixture of old and refurbished seat covers had provided a perfect feast – with the gaps around the seats providing hiding places for the larvae. Technicians inspected 40 carriages and found 22 were infested. Some of the wool covers had been completely eaten away to reveal the hessian backing. As well as in some public carriages, there were larvae in the Pullman dining rooms and several privately owned carriages. A set of coaches, known as the Metropolitan Stock, which was due to be used in early 2013 for the celebration of 150 years of London’s Underground had also suffered from moth damage.

The first step was to devise and action plan in conjunction with the Bluebell staff which looked at the location of the carriages and which ones needed treatment. Before work could start, all Cleankill staff involved had to take part in an induction course for health and safety purposes as it is a working railway. They then had to isolate the infested carriages and carry out a spray treatment. This involved lifting out all the seats and treating around them and underneath the headrests as well as checking the curtains – every nook and cranny that might be harbouring the larvae. Technicians also checked the buildings used by the Bluebell Railway staff and found evidence of moths in the store rooms.

The treatment plan included the Cleankill team returning three weeks later to re-spray all the areas. they also supplied sticky pheromone traps to attract the male moths and give early warning and, very importantly, advised Bluebell on their cleaning regimes and how to identify problems in the future. Cleankill Director Jon Whitehead explained: “The carriages and store room are now being regularly monitored. With flying insects there is always a risk of re-infestation but with procedures now in place any re-occurrence can be quickly dealt with before it spreads. This was a classic case of the client and service team working together to solve the problem which is an important part of any pest control work.

“It was a pleasure working with the Bluebell team. I have a huge interest and passion for railways so it was particularly rewarding to help preserve something so special.”