A department store with a mouse infestation problem 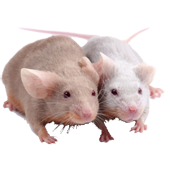 After allowing a major pest control company a year to sort out a mouse problem, the final straw came for a department store when a creature jumped from a suit pocket in front of a customer.

Part of the problem was the building’s construction: six floors of suspended ceilings – perfect hiding places for mice and other rodents - and a large number of cupboards stacked high with stock. Mice were living and breeding in the ceilings and cupboards unnoticed.

At night mice would run riot and in the morning staff would find trails of droppings around the store, including the restaurant and food preparation areas. Mice were also living in redundant equipment.

Cleankill Sales Manager Mike Williamson said: “We were amazed to find a colony of mice which had made their home right in the middle of the kitchen. This was a serious health and safety risk but also meant stock could have been damaged and contaminated.”