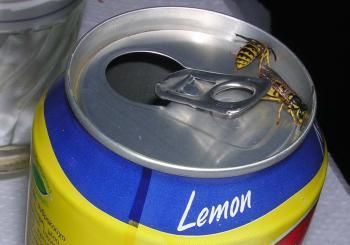 It’s August, so it must be wasp-time!

A story came to my attention the other day that is very common for this time of year. In Bedminster, a district of Bristol, a man reported his flat had an infestation of wasps. He said, because he had a heart condition, he was quite keen to not be stung and so he tried to report it to Bristol Council. Now, I don’t wish to be picky but I doubt anyone is particularly keen to be stung except perhaps Justin Schmidt, the entomologist who has been stung more than 2,000 times in order to study insect bites and stings. Most of us, however, are happy to avoid the pain. Anyway, Bristol Council couldn’t help the man in Bedminster because of limited resources and a backlog of enquiries it had therefore taken the decision to stop offering treatments for wasps.

Avoiding the politics, this story does highlight what seems to be a common problem at this time of year –wasp infestations. Every year we see an increase in the number of requests for help with problem wasps and, as we move into September, the problem will only get worse – as I reported last year.

This isn’t a problem that is restricted to the UK. In Romania, one man has died as the country is swarmed with wasps and in Canada a park was closed to protect the users from an infestation of Japanese wasps.

The problem is that, as the summer rolls on, the queen wasps stops laying and then the worker wasps, whose only job was to support the queen, suddenly have nothing to do. At the same time, if you look in our orchards and hedgerows, there is plenty of sweet fruit around which will start to ferment. The unemployed worker wasps devour this and get ‘drunk’. This emboldens them to come and investigate our barbeques and picnics.

The problem isn’t really the wasp, it’s the fact that our worlds suddenly overlap and this means people get stung. For most people this is unpleasant and painful but for some it is very dangerous. My advice is, if you suddenly find yourself surrounded by wasps, stay calm. Don’t agitate them, as they may well send out messages to other wasps saying they are under attack. If this happens, you’ll find your couple of annoying wasps are suddenly joined by a swarm of angry wasps.

As I say, this is an annual problem. You may remember I gave similar advice last year and the quotes I gave to a reporter went viral with news organisations around the country. To read that story, look here.

If you have a problem wasp nest, our advice is always to contact a professional. You need to be sure you have the right training and personal protective equipment to ensure the wasps are dealt with in a safe and efficient manner. Certainly, you don’t want to be like a man in Ontario who tried to use petrol to burn a wasp nest and ended up setting fire to his home.

If you need more advice, look at our pest page on wasps.

And finally, if you really don’t like wasps, the Daily Mail has footage of a wasp in New Zealand exploding when it touches a 5,600-volt metal grid!