Early Autumn could result in millions more wasps than normal 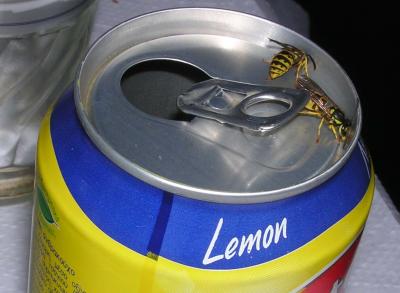 Nuts and berries developing weeks ahead of normal are not the only things signalling the arrival of an early Autumn. Pest controllers are receiving calls about wasps four to five weeks earlier than normal and are finding nests that are much larger than usual for mid July. The early development means that later in the Summer some nests could be extremely large as the Queens will have had time to produce more eggs, resulting in more worker wasps and increasing the risks to anyone disturbing a nest.

Paul Bates, Managing Director of Cleankill Pest Control, said: “A normal sized nest can contain 5,000 to 10,000 wasps by the end of Summer and we’ve seen them two to three feet cross in the past. Our concern is that, if the location of the nest allows and the space is not confined, we could see some giant nests forming with 20,000-plus wasps.

“It is extremely important that people don’t try to tackle large nests themselves as, unlike bees, wasps continue to sting without dying and send out signals to other wasps to join in. They have more of a hooligan mentality than other similar species and their instinct is to protect the nest.”

Cleankill is receiving calls to help deal with two main species – the large European wasp and the smaller German wasps. The European wasps tend to build their nests in hedges and Cleankill says people should be particularly careful if they are cutting hedges as there have been instances of gardeners cutting thorough nests and being attacked by a swarm. Playing sport near hedges where wasps have been spotted is also inadvisable as a football hitting and dislodging a nest could trigger an angry swarm. Tree stumps are another favourite nesting place for all wasps and should be avoided if the tell tale signs of wasps going in and out of a hole are seen. German wasps are more likely to set up home in roof spaces.

Last year, Cleankill was called to a report of wasps emerging from a light fitting. It turned out there was a large nest on the other side of the ceiling and the wasps had been eating the ceiling fabric to build their nest. They had eaten away so much of the ceiling that it caused a partial collapse around the light fitting. Cleankill has seen a 15 per cent increase in calls, particularly about European wasps. The company recommends only using a British Pest Control Association member which means they will have the correct equipment, be properly trained and fully insured.