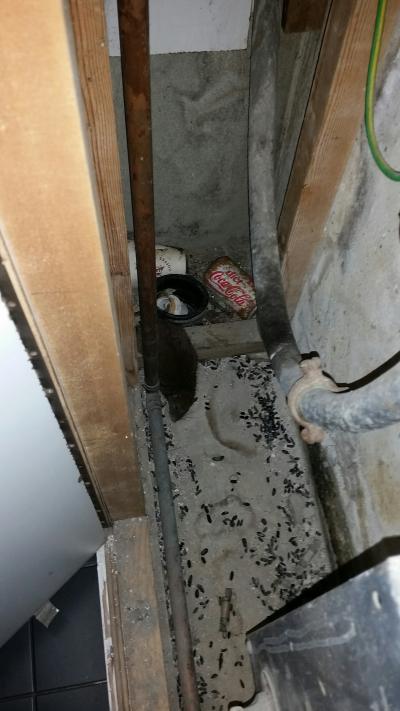 Make sure your building is well maintained and drain pipes are capped off is the warning from Cleankill Pest Control to London premises managers.

The managers of a commercial office building in Holborn, London, called in Cleankill after staff complained of noises coming from behind a wall.

Cleankill technicians were horrified to find a large colony of rats was coming in and out of the building through an uncovered drain that led directly into the London sewer network. If the problem had been left any longer the rats could have entered the building in large numbers and caused extensive damage to cables and pipes as well as contaminating everything they touched.

Director Ian Miller explains: “The fact that noises were being heard during the day suggests that the population of rats was growing rapidly. There were lots of droppings behind the wall and you could clearly see the route the rodents were taking as they left a trail of dirt over some white boarding. It was imminent that they would have broken through, moved up the building and started appearing on different floors. These London rats can be quite large. We spotted one that was around seven inches long excluding the tail.”

According to Ian, sewage pipes and covers can sometimes get dislodged when building work is carried out giving rats an open door into buildings. For this reason, he says, “it’s very important to be vigilant and alert to noises and smells and to keep buildings properly maintained.”

After making sure the drain that the rats were using to access the building had been blocked off, Cleankill staff removed all of the droppings from the affected area before carrying out a treatment to clean and remove any harmful bacteria. An extensive baiting programme was then implemented.