Dealing with hornets in a listed farmhouse 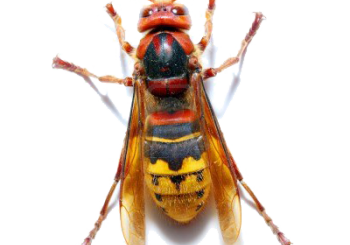 Cleankill Pest Control was called to Blueberry PR’s offices in a Grade II listed farmhouse in rural Sussex after staff reported seeing large wasp-like insects entering the property via the fireplace. These wasp-like creatures were accessing the chimney through tiny gaps in the brickwork. The problem became so bad, it forced staff to vacate the offices.

Cleankill Pest Control quickly identified the problem as a hornet’s nest in a closed off chimney. Director Jon Whitehead noted it was unusual to find hornet’s nests in chimneys – in fact, this was the first one he had seen in over 30 years of being a pest controller.

To solve the problem, Cleankill’s technicians had to safely access the rather cramped three-storey chimney, and then ensure the insecticide was sprayed in the right places to optimise its effectiveness.

In the main, hornets are not as aggressive as wasps. However, they can be dangerous if threatened and in large numbers, like in a nest environment.

Cleankill responded quickly to Blueberry PR’s request and, after ensuring access to the chimney was safe for both the technician and the listed property, the hornets were treated. Prior to this, Cleankill’s technicians had made sure the insects were not bees.

Blueberry PR was pleased to report that hornet activity reduced almost immediately after treatment and by the next day had ceased completely.

To watch Jon’s video of the hornet problem, click here.