Tales of wasps and the national press 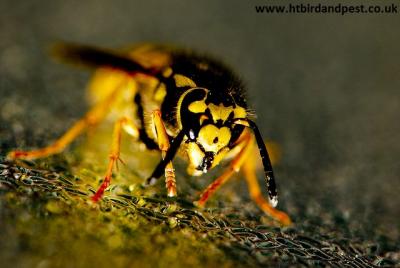 It always nice to get a mention in a national paper, so long as it’s not in relation to one of their more salacious stories. This week, both The Sun and The Daily Mail ran articles about the increasing number of wasps we are experiencing in the UK - especially the German wasp.

Under the title, “Ouch, Achstung!”, classic Sun newspaper headline, and “Swat a menace!” in the Mail, they both ran pieces drawing on a press release we wrote in connection to responses we had to a Facebook message. The article noted how, with the worker bees now freed from their work supplying the Queen with nectar, they are really at a loose end and can be a bigger nuisance than normal. The abundance of fruit at this time of year also gives them a chance to ‘get drunk’ on fermented fruit, thus making extra bold which can lead to them stinging you without good reason.

At Cleankill, we have noted an increase in the number of requests we have been getting for assistance with wasps - it is certainly up on what we would normally expect at this time of year. A large number of these requests relate to the German wasp which, despite its name, is actually native to the UK. This is a slightly smaller breed of wasp, but its size belies a far more painful sting.

From the responses we had to the Facebook message, it is clear wasps are not popular. It can be summed up in this message from Janet Walker – “Been stung three times, HATE THEM!!!!!!”; and by this from Robert Busher, “Kill all wasps!!!!!!”. The profusion of exclamation marks, shows you the level of contempt with which wasp are held.

What amazed me about the responses was how many people had been stung internally. One particularly horrific tale, posted by Mark Linton, told us about how he had accidentally eaten a wasp, in a sandwich, at a festival. The wasp then stung him inside his chest and he ended up spending a day on oxygen at the medical centre.

One particularly unfortunate victim, Janet Betts, told us how her brother had used a stick to smash a wasp’s nest but, since she was eating sherbet, the wasps attacked her. She ends her message by saying, “if ever I see a wasp I go out of my way to kill it.”

That is a fairly common response to our message, although Geoff Paige did implore people to, “LEAVE THEM ALONE” pointing out they are ‘nature’s insect pest control’. This is true and, although it may seem like it would be a better world without wasps, in fact they help to keep the number of other insects down. One source even went as far as to suggest a single nest of wasps could catch approximately five metric tons of insects in one year. Without them, our gardens would be decimated by those insects eating them. This article, by Chris Packham, gives a concise answer to the question people often ask, “What are wasps good for?”

So, as much as we may like the idea of a wasp-free world, I’m not sure the realities would be so great. Of course, it’s hard to think about the positives of a wasp when you have just been stung.