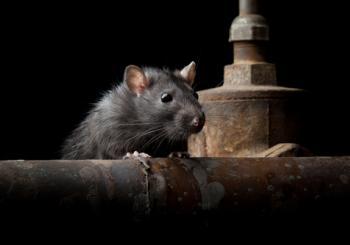 It’s been reported this week that the Queen is horrified by the rat and mice problems in Buckingham Palace. Considering the size and function of the building it is not surprising to read that it has a problem with rodents. What is surprising is that this is currently just one of many stories I’m receiving about rat and mouse problems around the world – and the trend seems to be getting worse.

For professional reasons, I have various google alerts set up on my computer. I don’t have an alert set up for me, as that way surely madness lies, but I do have them for rats, mice, infestation, etc. It’s always good to stay abreast of trends in the industry and while an article in a tabloid isn’t going to provide me with the next powerful, environmentally safe pest control solution, it does help to keep me aware of what is going on generally.

At the moment the big story seems to be rodents, both small and massive. If these stories are to be believed, then this is a growing problem around the world. In the last couple of weeks I’ve read about rat problems in a hospital in Jamaica, ‘New-York big’ rats in Virginia, USA, and massive cat-sized rats in New Zealand. Each story is accompanied by lurid pictures of massive rats, the damage they do, and the stuff they leave all over the place.

Now, I don’t know if there really is a global rise in the number of rats. It seems to me rodents have been on the Earth for a very long time. They are amazingly adaptable and will take advantage of any opportunity and, with over seven billion people on the planet, this is an opportunity rich time.

Simultaneously, as is referenced in the Buckingham Palace story, rodents are becoming increasingly resistant to many of the traditional poisons. Part of the problem is people doing their own pest control work and that normally means nothing more than putting down poison. Too often, the amount isn’t right. It’s either the wrong stuff or too little to kill the rodent, in which case the inexperienced  user is helping to build resistance in the rodent population. The other option is the carpet-bombing approach of putting down too much, in which case you have a dangerous substance sitting around or outside property which could endanger pets and wildlife.

With serious rodent infestations, what needs to be established is a proper, professional, integrated pest control solution. When we go to a property, we don’t just look at putting down some poison, we want to know where the infestation is coming from – the sewers, a nearby farm, or lazily discarded food waste. Identifying the access routes means we can not only block them, for example blocking in pipes or backfilling holes, it also means we can more accurately target any poisons we need to use.

I was recently asked to talk to Neil Pringle on BBC Radio Sussex about a rat problem at the prison in Lewes. There was a plan to use cats to clear the prison of rats. While I’d never say a cat isn’t good for deterring rodents in the domestic environment (although my own cats have got the habit of bringing them in from outside as little presents for me!), in a place such as a Victorian prison with hundreds of people crammed together and their accompanying food and waste, a few cats just aren’t going to be enough to clear the building. The rats will be in the sewers, risers and other areas that the moggies won’t be able to access – all the cats will do is move the rats into other safer harbourages. They need a properly assessed, integrated system that not only removes the rats but also prevents their return.

As a company, we have spent years trying to reduce our reliance on harmful chemicals. This is because we care about the environment, but it is also because we have seen in rodents, and other pests like bed bugs, an increased tolerance to most of the commonly used remedies. To combat this, we champion non-chemical solutions whenever they are appropriate.

If you want to know more about rats and mice, or any other pest, click here.